For centuries, communication between people has been dominated by writing. Only in the last decades the written form has lost some of its importance and its “market share” in favor of visual communication. The latter is more immediate, of greater impact, but which fails to reach the level of detail and depth reachable by the text. (How many times have we found ourselves, after seeing a film, thinking: “Ah, but the book was much better”).

In short, it seems that despite the current wave of visual revolution, when you want to express something complex and detailed, the best tool is still the text. And it is perhaps also for this reason, unconscious, that in order to express the most complex thing of all in a few characters, the text is still an immovable cornerstone.

The most complex thing of all is ourselves and the text that summarizes it is obviously the signature.

Well before the languages we use today, the signature was already an element present in human communication and represented a guarantee given by the signatory, the certification of a commitment made or simply the witness of a passage.

Who knows if Kushim, that Sumerian from Uruk who is credited with the authorship of the first written signature in history, would have ever imagined that his tablet would be auctioned for just under € 200,000. (For the curious: his signature is the sign in the upper left corner, the rectangle horizontally and the vertical lozenge that looks like an arrowhead pointing down)

The different cultures, applying their own values and rules, have made the concept of signature evolve, elevating it to art. Today these evolutions are witnessed by the tuğrâ of the Arab world in which, to compensate for an iconoclasm that has existed for centuries, the signature of the most important dynasties has become a drawing made up of letters.

Or even the evolution that the signature has had in Japan, today often replaced by the use of inkan, kinds of “stamps” bearing one’s signature, or title, differentiated by importance or use: the hanko for informal occasions, ginkō-in for interactions with the bank or jitsuin for documents with legal value.

The signature is therefore a strictly personal element, to which by convention we attribute a great intrinsic value. It is curious to think how, in the face of this consideration, for many of us the first conscious knowledge, in childhood, of the concept of signature is related to someone else’s signature.

The school has contributed extensively in developing the copyist skills of many students but behind that statement “Parent’s signature”, was clear the importance and weight of writing one’s name to certify a grade or to justify an absence.

Growing up, the use of the signature becomes more and more frequent both for pleasant uses, such as the deed of purchase of a house, and less pleasant such as the registered letter of a fine received. The common feature of the signature in every use is to make certain something that could be refutable, it represents the expression of one’s consent and, not least, increases the value of the document or object on which it is affixed.

Just think of the different value attributed to autographed and non-autographed sports memorabilia, or to the presence of the author’s signature on a painting.

Starting from these considerations and thinking about the passion that our engineering spends to create performing systems, it seemed natural to us to want to put the proverbial “icing on the cake”. We have decided to sign all of our systems that we will deliver to customers, because critical services will be delivered from those systems and it is important that quality starts from the ground up.

It is not as ancient as the Sumerian tablet, it is not as precious as a hanko or as elaborate as a tuğrâ but it certifies the care and dedication spent in creating each E4 system! 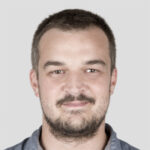