When talking about processors, the most important factor to consider is the instruction set architecture, or ISA. This is because programs developed by software engineers will only be able to operate on specifics ISAs unless the code is written using an interpreted language that is cross-platform (such as Python or Java). There are many ISAs available to designers. With regards to large processing systems such as HPC systems and clusters, the two ISAs most widely used are x86/x64 and ARM.

Intel developed the x86/x64 architecture since the 1970s and since then it has been the industry workhorse, while the ARM architecture was developed in the late 1980s initially for use on smaller systems. The major difference between the two architectures is that x86/x64 is a complex instruction set (CISC) with many advanced features while ARM is a reduced instruction set (RISC), that only has a handful of instructions by comparison. CISC allows for a computer to do more in a single instruction cycle while RISC allows for simpler programming. Generally speaking, RISC requires more clock cycles to complete the same instruction in CISC, but can do so more efficiently (energy-wise) which makes them ideal for mobile applications.

ARM is the most successful RISC architecture on the planet, with its licensees shipping billions of chips a year and is the dominant CPU architecture for microcontrollers, microprocessors, and mobile systems, and is increasing its footprint in HPC.

While x86/x64 and ARM are the dominant architecture in the heavy processing market, they may face serious competition from a new processor architecture: RISC-V.

Emerging in 2010 from the Parallel Computing Lab at UC Berkeley in California, RISC-V is a modular architecture that allows developers to build whatever they desire on top of the core instruction set.

While x86/x64 may look at ARM and RISC-V from a comfortable (dominant) position, ARM may feel the competition of RISC-V. For both the ARM and RISC-V Instruction Set Architectures significant efforts are being made to establish them in the area of high-performance computing. What are the major differences between RISC-V and ARM, and will one win over the other?

It is worth underlying that a very significant difference between ARM, and RISC-V is in the business models. ARM is based on proprietary IP, and the companies sell and/or license their products. RISC-V is an open specification and platform; it is not an open-source only processor. Open-source RISC-V cores are available, as well as there are also commercially licensed cores.

Will RISC-V overtake ARM in the future?

If ARM is to survive the competition posed by RISC-V, it will have to rely on its overwhelmingly large market share (with respect to RISC-V) to present itself as a better choice for designers. While this tactic works for Intel, it may not do for ARM because of the reasons listed above.

The use of RISC-V is increasing, and there are signs that major companies are already looking at alternatives to ARM, and the attempted purchase of ARM by NVIDIA does not help this.

As technology continues to improve and support for RISC-V increases, designers will be left with the option between a paid-for processor architecture or a free architecture with no limitations. However, just because something is free does not mean it will take lead. The Linux operating system is a classic example; while most distributions are free, Linux makes up a tiny percentage of operating systems around the world.

E4 provides support to users in the selection of the ISA.

E4 bears to the market an extensive and unique know-how in ARM and RISC-V. E4 has designed its first Arm-based cluster in 2012 (https://www.hpcwire.com/off-the-wire/cineca-e4-announce-the-successful-conclusion-of-phase-i-evaluation-of-arm-clusters/) and presented the ARKA cluster, featuring ARM64+GPU+InfiniBand at the GPU Technology Conference 2015. (https://insidehpc.com/2015/05/e4-arka-arm64gpuib-is-now-here/). Within the PRACE-3IP Pre-Commercial Procurement for Whole-System Design for Energy Efficient HPC, E4 developed a liquid-cooled, ARM-based cluster configured with 8 nodes (Cosimo, non mi ricordo il # dei nodi…). E4 is currently hosting in its R&D Laboratories ARMIDA (ARM Infrastructure for the Development of Applications), an 8-node cluster based on Marvell TX2, where different components (GPUs, FPGA, I/O interfaces) can be tested and validated. E4 is currently integrating a cluster based on SiFive’s HiFive Unmatched processor. HiFive Unmatched ushers in a new era of RISC-V Linux development with a platform in a standard form factor. HiFive Unmatched is powered by the SiFive Freedom U740, a high-performance multi-core, 64-bit dual-issue, superscalar RISC-V processor.

By providing access to both ARM and RISC-V architectures, E4 can support  to its users and developers in extensively testing their applications and codes and provide guidance to find the best overall solution to their requirements. 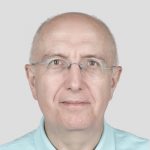 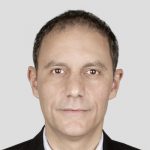